Looking back at 2015, we sure can say that we got around! From theAnchorage Folk Festival with the Cajun Country Revival to a tour of the Pacific Northwest across to the Northeast, we covered the coasts! Then back up to Alaska to the Folk Festival in Juneau, then a tour of Ireland (Fiddle Fair!), Scotland and England! We met again for a quick European tour to play the gigantic Roskilde festival in Denmark, Gooikoorts in Belgium and a week in Sweden! To the East Coast we returned for the Thomas Point Beach Bluegrass Festival and drove through upstate New York, Ontario and finished atWheatland in Michigan! We teamed up with Joel Savoy and Jesse Lege for a little tour of Virginia, DC, Maryland and West Virginia and finish our year of touring with a Midwest tour from St. Louis to Minneapolis.

Caleb and Reeb traveled a lot with the country band and Sammy and Nadine moved into a cute little cabin in downtown Whitehorse.

Where next you ask?

We won’t be gathering dust in 2016 either it looks like! Lots of stuff in the works, but here are the festivals and tours we are thrilled to share with you:

The year will kick off with a Northeast tour in New York with a couple of gigs with Mike+Ruthy, finishing up at Spice on Snow, in Montpelier, VT with Joel Savoy and Jesse Lege as The Cajun Country Revival! The Summit School of Traditional Music and Culture is currently holding a Fundraiser, help them outhere!

We’ll then go all the way up to Northern Canada to play the Snow King Festival in Yellowknife, Northwest Territories! They build a gigantic snow castle on the lake and events take place in the castle for the whole month of March, including the Royal Ball, which we’ll be part of!

A tour of the South will lead us all the way to MerleFest on April 29th! It will be the first time for the Foghorn Stringband playing this amazing festival. Early bird tickets on sale now here!

Then, it’s across the Atlantic we go to play the Westport Folk and Bluegrass Festival and a few other gigs we can’t tell you about just yet!

All our dates are on our website. Keep checking it, events are added weekly! 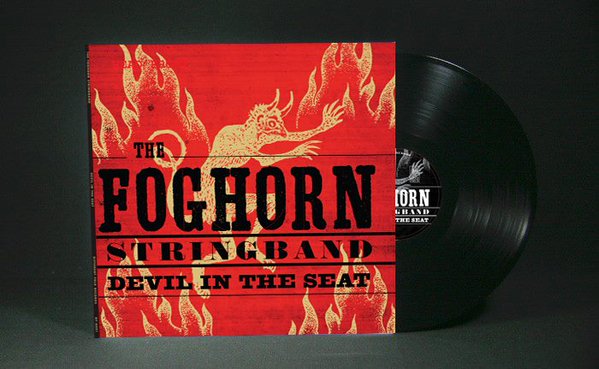 Devil in the Seat LP!

We are so excited to annouce that Devil in the Seat will soon be released in LP format by Different Folk Records!
It will be available early in the new year! 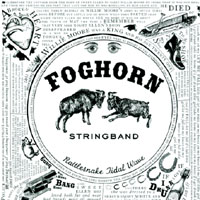 Have you got all our CDs?

There are lots of CDs in our discography, think you have everything? CDBaby has hard copies and digital files of our discography. There’s our latest of course, Devil in the Seat, all the other ones that Foghornrecorded, the Foghorn Trio, the Foghorn Duo,Caleb has a few country CDs, there’s a Caleb and Reeb one, Nadine and Sammy also recorded one! 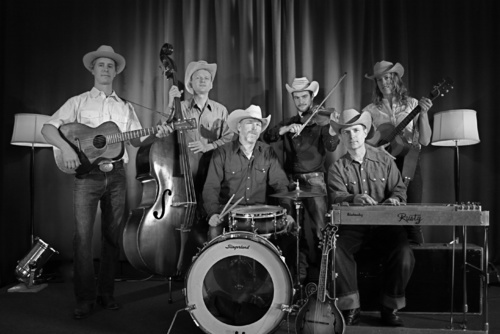 A new CD from the Caleb Klauder Country band featuring Reeb Willms will be available in the next year, keep your ears open for the release date! 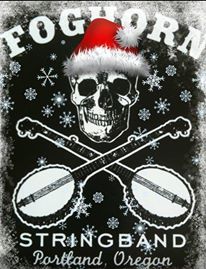 We would like to wish very happy holidays filled with love, friends, family and great music! May the new year bring you happiness and peace!